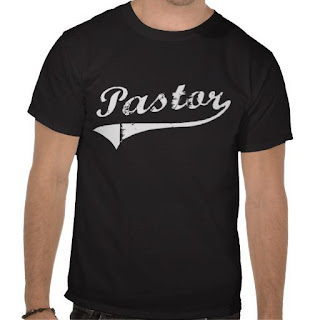 I remember as if it was yesterday. “Hey Chad,” I yelled across the basketball court. The echo of my voice that reverberated throughout the gym was met with a clear and firm response from the tall scary man with a whistle around his neck, “I am coach.” Seeing the fire in his eyes and the resolve in the tone of his voice, I decided then and there to never address “coach” by his first name again.

I am thankful for that pointed lesson, for it has stuck with me to this day. My parents taught me and my coach reaffirmed the importance of verbally reverencing my elders and superiors. Yet what was demanded twenty years ago is hardly even expected today. This informal and irreverent attitude is not a minor issue either. For it seems to be connected with multiple other social problems.

An ever-increasing disregard for the elderly is one such problem. Our culture no longer places a premium on the gray hair and the experiential wisdom of our senior citizens but rather the smooth skin of our youth. The older generation is not only being disrespected, they are being pushed aside. “Out of the way old man, your walker is slowing down progress.” Sad, but it is true that our culture would rather follow the counsel of the hip, pop star than to sit at the feet of its elders. Apparently being young and restless is better than being old and stable. But it only stands to reason, if we do not respect, value, and honor our elders, then why would we worry about addressing them in any way that would set them above ourselves?

But this downgrade is not only seen in how the culture views the elderly, but also in how the youth-crave culture has attacked all forms of formality, structure, and authority. Top hats and ties have been replaced with flip-flops and screen-printed tees. “Sir.”, “Mr.”, and “Mrs.” have been substituted with the phrase “Hey you.” There is hardly any distinction between those in authority and those under authority. Children rule over their parents, and parents are eager to place their parents in the nursing home. Let’s keep things causal is often more than a desire to wear comfortable jeans but a desire to keep relationships informal by removing the categories of honor, submission, authority, and accountability. There are becoming less and less environments where formality and gravitas behavior is expected. Not only is it okay to wear pajamas to Walmart, it is okay to wear them to work.

The most troubling thing about the cultural shift is that its effects appear to be most evident in the church. For if there is one environment where there is to be a clear distinction between that which is holy and that which is secular you would think it would be in the presence of a Holy and all-powerful God. Yet sacred music, the sanctuary, and the pulpit (which represents the highest office in the world) have been replaced with rock music and a stage. More and more churches are seeking to attract and appeal to the young and the restless. With this age sensitive marketing stage, the older generations, along with their old-school tastes, are purposefully being marginalized while the average age of the leadership of the church continues to be getting younger. Youth and good looks are more important to represent the face of the church than age, maturity, and wisdom. This is because the church seems to be more concerned about representing the latest cultural fads than representing a holy God. And by a holy God I do not mean a God that desires the church to dress like the characters on Little House on the Prairie, but a God that is envious and protective of His name. God is protective of His name because it represents His uniqueness, transcendence, and set-apartness. God is not like us dependent, weak, miserable creators. Yet, the modern church seems to be more concerned about making God look cool than representing Him as the thrice holy One who even the sinless angels dare not look upon him with uncovered faces. By seeking to make our Lord Jesus look “cool,” the “hip” church has sought to shape God into its own image. For let us not be mistaken, preaching in blue jeans and Toms is not just a desire to communicate to the “seeker” that the pastor is cool, it is often deliberately done to give the subtle impression that that our Lord is also “cool” and that His church is relevant to the cultural pressures of Vanity Fair.

Yet, the most troubling thing is not seeing more and more preachers preaching in T-shirts, for I just may be overly scrupulous and slightly legalistic, but hearing more and more preachers displaying a lack of respect to the Lord Jesus Christ by consciously or unconsciously referring to Him without His Biblical positions or titles. Take time to listen to Christian Radio for a few days and you will notice in both the music and the sermons that the Lord Jesus Christ is most often referenced merely by the name “Jesus.” It is truly amazing how today’s professing Christians speak so informally and casually about the Lord of Glory.

Our Lord is not just “Jesus,” He is Christ Jesus; He is the “Lord Jesus;” He is the “Lord Jesus Christ.” He is not just a mere man, for if my high-school basketball coach felt offended by me calling him “Chad,” how much more does our God desire for His name to be reverenced? Would you feel right about calling an earthly monarch by his first name? Then, why do we feel so comfortable speaking about your Lord in such a fashion. “He is my friend,” you may say. Yes, that may be true, but He is also your Lord and your God. How can we pray, “Hallowed be Thy name,” if we do not desire to hallow and reverence His name before others? Taking the Lord’s name in vain is not merely placing His name in an unholy context, but also speaking about Christ in a cavalier and thoughtless fashion. We would all do well to go back and reread R. C. Sproul’s book The Holiness of God.

I do not write this from a self-righteous position, for I once had an unconscious habit of talking about my Lord and Savior in a caviler matter. I remember talking to one of the godliest men I know, my father, and I was going on and on about “Jesus.” And when my father could no longer hold back, in love he firmly asked me not to talk about His Lord so flippantly. He went on to explain that the vast majority of the time, the Scriptures refer to Him not as merely “Jesus” but as “the Lord Jesus” or “Christ Jesus.” I remember feeling ashamed before my earthly father and my heavenly Father. I remain thankful for my father’s zeal for His Savior’s name, and it is with that same heart that I seek to write this article. Yes, I understand that there are proper settings and times to refer to the Lord as simply “Jesus.” Even so, let us do our best to reverence Christ’s name above every name that is named. And this can be done in part by making a conscious effort to identify our Lord and Savior by His proper titles.

Before I leave you, let me go on record, for I am not ashamed to say (regardless if I may be charged as an overly scrupulous, out-of-touch legalist), that I take real offense with the casual manner in which the name of my Lord Jesus Christ is continuously being tossed around by His followers. Let’s remember who we are—nobodies, and let’s remember who He is—the thrice-Holy God, Lord of lords and King of kings; He is the Christ, the Anointed Son of God.
Written by Jeff Johnson