Robert Gonzales on the Danger of Reformed Traditionalism 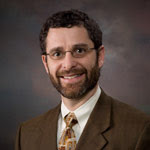 Robert Gonzales, Dean and Professor at Reformed Baptist Seminary, has written a couple of excellent articles on "The Danger of Reformed Traditionalism." In part one he identifies the basic problem of subtly allowing faithfulness to a particular Reformed confession to undermine our commitment to the authority of Scripture. This is a problem I have encountered myself, particularly when dealing with people who have recently come to embrace Reformed theology. They allow their understandable excitement for all things Reformed to overwhelm the Bible in their thinking, and they usually don't see that they are doing it. As a matter of fact, they very often don't really even have a sound understanding of Reformed theology anyway, so that they are actually sifting Scripture through a distortion of Reformed theology. So in reality they are faithful neither to Scripture nor to Reformed theology!

But Gonzales is dealing with those who do accurately understand Reformed theology, but who nevertheless may succumb to the danger he is warning against. Here are a couple of excerpts from the first article:


I’m not implying that Reformed churches today are unconcerned with the Bible. On
the contrary, one of the reasons churches like ours appreciate the Reformed tradition is because of its emphasis upon the Scripture. Along with the Reformers, we continue to affirm the principle of sola Scriptura. But here is where the danger lies: whereas the Reformers evaluated the faith and practice of the church in the light of Scripture; some Reformed leaders today seem to evaluate the faith and practice of the church in the light of the Reformed tradition, especially in light of their Reformed Confession of Faith.
Actually, the danger is really more subtle. Few Reformed pastors today would begin their sermon by asking the congregation to turn to page 250 of Calvin’s Institutes of the Christian Religion or to chapter 14 of the Westminster Confession of Faith. Like the 16th century Reformers, modern Reformed pastors endeavor to take God’s people back to the Scripture. With a growing interest in and appreciation for the Reformed tradition, however, there can be a tendency to look at the Bible only through the lens of Reformed tradition. In other words, there is a real danger of imposing the Reformed tradition as a grid over the Bible and then insisting that every interpretation and application must agree with that tradition.

In principle no Reformed pastor or theologian would elevate his tradition to the same level as Scripture. But in practice I believe there can be a very subtle tendency in that direction.

By the end of the article, Gonzales begins to direct his attention specifically toward the Reformed Baptist tradition:

In part two, Gonzales not only cautions us more specifically about not allowing the Baptist Confession of 1689 to overwhelm our commitment to Sola Scriptura, he also suggests some changes to the confession in the process, even though he knows he may be sticking his neck out a bit.

So here’s where “the rubber meets the road.” It’s one thing to affirm one’s commitment to sola Scriptura and offer a general warning against an imbalanced commitment to one’s Confession of Faith. Most won’t object too strongly. It’s quite another thing, however, to venture suggestions as to how one’s Confession of Faith might have some deficiencies that need improvement. I don’t expect that all my readers will fully agree with all of my suggestions—at least immediately. But I do hope that you’ll give the matter careful prayer and reflection. In general, I think there are at least three ways in which the 1689 London Baptist Confession can be improved.

The three improvements Gonzales goes on to suggest are: 1) "updating the language of the confession," 2) "adding theological affirmations to the confession" (such as a clear statement on the Biblical roles of men and women), and 3) "making modest refinements to some doctrinal formulae" (such as "fine-tuning" some of the confession's statements about covenant theology).

I highly recommend reading both of these articles, and I am grateful to Robert Gonzales for having written them. Let me know what you think.
Written by Keith Throop No comments:

Today I read an interesting article by Isaac Gaff at the Worship Studies blog. The brief, but thought provoking, article is entitled, Why I Write Down Public Prayers. I recommend reading it and considering Isaac's point of view. I also recommend reading the comments to the post, which include some equally thought provoking interactions about both the pluses and the possible pitfalls of praying written prayers. Here is the main body of Isaac's post:

First, let me say this loudly and clearly: I like spontaneous prayer. All prayer that originates from us is, in a sense, spontaneous. That being said, there are several reasons why I like to think about prayers that I am going to pray in public worship services early and write them down.

I get a chance to reflect on the words I use and see whether or not they are true and make sense. Sometimes my spontaneity breeds unclear or untrue statements. Leading people in prayer is too important a job to be ambiguous or incorrect. After all, we’re not a group of individuals all praying different things in public prayer, we should be united around one prayer when we’re together.

I get a chance to see if this prayer is really voiced from the church’s
perspective or if it’s simply my own personal agenda. My own personal prayer needs are not unimportant; but when I’m gathered with the church, I want to make sure I have the church’s needs and responsibilities in the front of my mind. In the early church, the term “amen” really meant “so be it” or “we agree.” The prayers that have survived from the early church were written so that the entire church could say “yes, we agree with this and pray it as well” at the end of the
prayer.

I get a chance to soak in this prayer and make it more real than most things I could think up on the spot. Thinking about my prayers and writing them down before the service gives me a chance to let my heart, mind, will and imagination all work together to pray instead of quickly drawing from only one or two of them in spontaneous public praying.

Perhaps readers of this blog will want to go and weigh in here.
Written by Keith Throop No comments:

Email ThisBlogThis!Share to TwitterShare to FacebookShare to Pinterest
Labels: Items of Interest, Worship

Voddie Baucham Speaks Out on Women in Office

The following video contains an interview with Voddie Baucham on CNN. I am thankful for his faithfulness to Scripture and his willingness to take a stand.

I also encourage you to check out a couple of articles at Voddie's blog, where he addresses the matter of whether or not we Evangelicals should really be pleased with McCain's selection of Sarah Palin as a Vice Presidential candidate.

In the first article, entitled Did McCain Make a Pro-Family VP Pick?, Voddie asserts the following:

Unfortunately, Christians appear to be headed toward a hairpin turn at breakneck
speed without the slightest clue as to the danger ahead. I don’t see this as a pro-family pick at all! Moreover, I believe the conservative fervor over this pick shows how politicized Christians have become at the expense of maintaining a prophetic voice. I believe that Mr. McCain has proven with his VP pick that he is pro-victory, not pro-family. In fact, I believe this was the anti-family pick....
First, if Mr. McCain was pro-family, he would want to see Mrs. Palin at home taking care of her five children, not headed to Washington to be consumed by the responsibilities of being second in command to the most powerful man in the world or serving as the Governor of Alaska for that matter). Let me also say that I would have the same reservations about a man with five children at home seeking the VP office. It’s not exactly a pro-family job....
Not only do I believe that a pro-family candidate would prefer to see Mrs. Palin at home taking care of her children, I believe a pro-family candidate would also avoid validating and advancing our culture’s desire to completely erase gender roles....

I encourage you to read the rest of the article to find out more about why Voddie thinks this way. You may just agree with him, as I do.

Then you may want to read the second article, which follows after not only the first article (and some apparent fallout from it?) but also after the above linked CNN appearance. In this second article, Voddie continues to make his typically Scriptural and intellectually rigorous arguments as he discusses the recent debate among Complementarians regarding the Palin candidacy.

As for me, I am in agreement with Voddie's position, and I want to thank him for taking the stand he has taken. Be encouraged, brother, you are not alone.
Written by Keith Throop No comments: