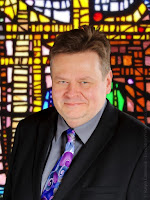 Yesterday, Chris Arnzen sent out an email announcing the return of Iron Sharpens Iron Radio this coming Monday, Lord willing. He has graciously allowed me to share the text of the email with all the details, so here it is just as I received it:

Well, praise be to God, Jason Delgado & the extremely gracious, generous, talented & creative folks at Confessing Baptist.com have finally completed my awesome new website for my "Iron Sharpens Iron" radio program, which they designed & created absolutely free of charge to me merely because they are enthusiastic about my program's return to the airwaves (God willing, this Mon., June 1st, 4-5pm EDT)!!!

I can never adequately express my gratefulness to them. I hope you often visit:

I can also never thank enough these wonderful brethren, without whom the relaunching of "Iron Sharpens Iron" would not be possible. They will receive permanent recognition on my website for their invaluable support:

Please continue to pray for a smooth & successful relaunch, especially due to some technical & engineering issues that are still being worked on with the help of some local computer-savvy techno geek friends.

I thank each & every one of you from the bottom of my heart also for your unwavering encouragement & fervent prayers for me personally & for the return of my broadcast to the airwaves. Have a safe, joyful, refreshing & Christ-honoring summer! Grace & peace.

Chris has also announced that the first guest will be my favorite apologist, who is also one of my favorite Bible teachers and theologians, Dr. James White. I hope as many of this blog's readers who are able will tune in. May the Lord bless your efforts for His kingdom, Chris!
Written by Keith Throop No comments:

A Biblical Case for Expositional Preaching by Mike Bullmore

I just thought I would offer our readers a reminder of the importance of expository preaching, so today I offer for your consideration an article entitled A Biblical Case for Expositional Preaching. The article was written by Mike Bullmore, pastor of CrossWay Community Church in Kenosha, Wisconsin, who has also served for fifteen years as an Associate Professor of Homiletics and Pastoral Theology, as well as chairman of the Practical Theology Department at Trinity Evangelical Divinity School in Deerfield, Illinois. Mike establishes his case by means of the Apostolic example and teaching as recorded in the New Testament. Here is his conclusion:


The conclusion we are to draw from all of this is that the “word” we are to preach is the body of truth consisting of the Old Testament Scriptures and the apostolic teaching regarding Christ—i.e. the New Testament. Thus, identifying the “word” with our Bibles is appropriate. This is what those commissioned as “pastor-teachers” are to teach. Our job is to proclaim “the word” which God has spoken, preserved in Scripture, and entrusted to us. The spiritual life of God’s people depends on this word (Deut. 8:3). That is why a young pastor is charged to “devote yourself to the public reading of Scripture, to exhortation, to teaching” (1 Tim 4:13). If this charge makes any claim on us today, and it does, then the source of our preaching is to be entirely coextensive with our Bibles.

What will this look like? In our sermon preparation, it will look like taking defined passages of God’s Word and studying them carefully so that we “rightly handle the word of truth.” In the pulpit, it will look like the picture we see in Nehemiah 8:8: “They read from the book . . . clearly, and they gave the sense, so that the people understood the reading.” God has both purposed and promised to use this kind of preaching to accomplish one of his great aims—the gathering and building up of his people.

I recommend reading the article, and I welcome your thoughts. I already know what the Apostle Paul would say:

NKJ 2 Timothy 3:12-4:4 Yes, and all who desire to live godly in Christ Jesus will suffer persecution. 13 But evil men and impostors will grow worse and worse, deceiving and being deceived. 14 But you must continue in the things which you have learned and been assured of, knowing from whom you have learned them, 15 and that from childhood you have known the Holy Scriptures, which are able to make you wise for salvation through faith which is in Christ Jesus. 16 All Scripture is given by inspiration of God, and is profitable for doctrine, for reproof, for correction, for instruction in righteousness, 17 that the man of God may be complete, thoroughly equipped for every good work. 4:1 I charge you therefore before God and the Lord Jesus Christ, who will judge the living and the dead at His appearing and His kingdom: 2 Preach the word! Be ready in season and out of season. Convince, rebuke, exhort, with all longsuffering and teaching. 3 For the time will come when they will not endure sound doctrine, but according to their own desires, because they have itching ears, they will heap up for themselves teachers; 4 and they will turn their ears away from the truth, and be turned aside to fables. 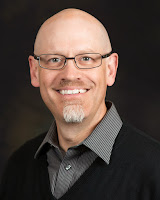 In the video above, Todd Friel of Wretched Radio and Wretched TV interviews Dr. James White concerning the future of the Church in America in light of the current success of the gay rights agenda. He asks Dr. White about how he sees things going for the Church over the next five and ten years. I have to say that I agree that things are headed in the direction he outlines. In fact, it may be that in my own lifetime, barring a gracious intervention from God, I and many of my fellow pastors will have to go to jail simply for teaching that homosexuality is a sin. We must pray for spiritual awakening in our country if we wish to see God's judgment averted, for we truly are under the judgment of God as described in the first chapter of Romans:


NKJ Romans 1:18-27 For the wrath of God is revealed from heaven against all ungodliness and unrighteousness of men, who suppress the truth in unrighteousness, 19 because what may be known of God is manifest in them, for God has shown it to them. 20 For since the creation of the world His invisible attributes are clearly seen, being understood by the things that are made, even His eternal power and Godhead, so that they are without excuse, 21 because, although they knew God, they did not glorify Him as God, nor were thankful, but became futile in their thoughts, and their foolish hearts were darkened. 22 Professing to be wise, they became fools, 23 and changed the glory of the incorruptible God into an image made like corruptible man-- and birds and four-footed animals and creeping things. 24 Therefore God also gave them up to uncleanness, in the lusts of their hearts, to dishonor their bodies among themselves, 25 who exchanged the truth of God for the lie, and worshiped and served the creature rather than the Creator, who is blessed forever. Amen. 26 For this reason God gave them up to vile passions. For even their women exchanged the natural use for what is against nature. 27 Likewise also the men, leaving the natural use of the woman, burned in their lust for one another, men with men committing what is shameful, and receiving in themselves the penalty of their error which was due.

May God be gracious to our country, for we certainly do not deserve His love and care!
Written by Keith Throop 1 comment:

The Primacy of the Abrahamic Covenant by Jeff Johnson

As the description on the YouTube pages says, in this message "Pastor Jeff Johnson, author of The Fatal Flaw Behind The Theology of Infant Baptism, shows us how the Abrahamic Covenant unifies the Old Testament and the New Testament; the Old Covenant and the New Covenant, the demands of the law and the glory of grace." I hope all the blog's readers will find it helpful. If you want to learn more from Jeff on these foundational issues, I highly recommend two of his books:

The Kingdom of God: A Baptist Expression of Covenant & Biblical Theology

I am grateful to have Jeff as a blog partner, and I hope you will find his writing as beneficial as I have.
Written by Keith Throop No comments:

Sermon Widgets Added to the Blog 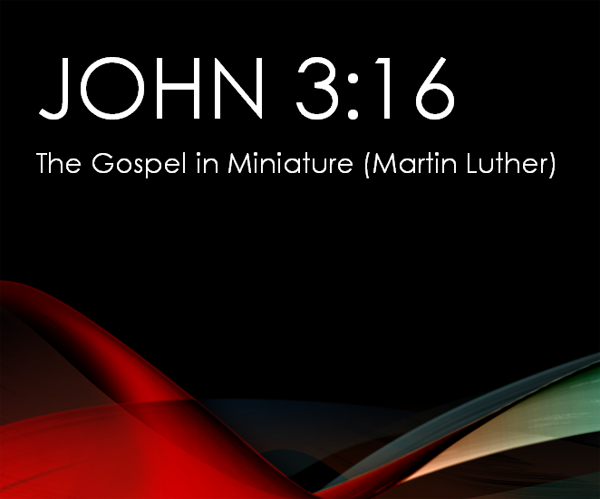 A few weeks ago I finished writing a two-part series of blog posts on the meaning of John 3:16. In the first of those posts I observed that there is room within the Reformed theological community to agree to disagree about the interpretation of this verse, most particularly with regard to the meaning of the Greek term kósmos, which is translated as world. In fact, I cited both John Calvin and D.A. Carson as examples of Reformed theologians who have understood this word to have a universal meaning. They believe it is correct to understand this word as referring to God's love for all men, whereas many Reformed theologians such as John Owen and James White understand the term to refer to the elect from all over the world rather than just the Jews.

In this post I would like to offer another example of a Reformed theologian -- in fact, a fellow Reformed Baptist -- who understands John 3:16 as speaking of God's love for all men. Bob Gonzales has written an article entitled Look and Live! John 3:16 as a Universal Gospel Invitation . Here is his conclusion:

Just because you’re a Calvinist doesn’t mean you’ve got to reserve John 3:16 for the saints. It’s designed for sinners too. It has an evangelistic aim. Therefore, don’t just preach the facts of God’s benevolent love and Jesus’ incarnation. Don’t just tell your congregation that believers go to heaven. Use the text as a gospel invitation. Entreat all and every sinner to “look and live.” And if someone questions whether you’re truly a Calvinist, you can reply, “I’m a ‘John (3:16) Calvinist.”

Although I disagree with Bob's interpretation of the verse, I agree with him that there is a Gospel invitation implied in the verse, and I agree that a good Calvinist may understand John 3:16 as he does, so I wanted to make that clear to the blog's readers. I hope you can all agree with me that, whether or not you side with Calvin, Carson, and Gonzales concerning the precise meaning of this verse, there is room within the Reformed camp for such a difference of interpretation.
Written by Keith Throop 2 comments: