Check Out the Bible Design Blog

If you want a helpful cite that offers good reviews of and recommendations for quality Bibles, then you will want to check out the Bible Design Blog. This blog is all about how Bibles are designed and bound, as well as the materials used. Here is a brief description of the blog from its author J. Mark Bertrand:


Focus on one thing and do it well. That’s the philosophy behind Bible Design Blog. Here the focus is on the physical form of the Good Book. I discuss good design with an emphasis on reader-friendly formats, which means elegant layout, opaque paper, and sewn bindings that open flat. The Bible is more than a reference work. It’s meant to be read. Choices made by designers, printers, and bookbinders all influence readability––though their sway usually goes unremarked.

If you are planning to spend money on an expensive, quality bound Bible, then you will want to read some of the reviews here first.
Written by Keith Throop No comments:

Christmas Giveaway - The Kingdom of God: A Baptist Expression of Biblical & Covenant Theology 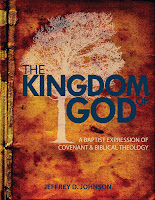 This year the Reformed Baptist Blog would like to thank our readers by offering an opportunity to two of the blog's email subscribers to receive a free book for Christmas this year. Two of our readers will receive a free copy of Dr. Jeff Johnson's upcoming book The Kingdom of God: A Baptist Expression of Biblical and Covenant Theology when it becomes available, which we hope will be this December. We will keep you posted and let you know just as soon as possible. This book promises to be perhaps the definitive work to date on Covenant Theology from a Reformed Baptist perspective. You can read more about this publication here.

On December 15 I will draw from the addresses included in the email subscriber list from FeedBurner. So, if you want to have a chance to receive on of these books, then make sure you sign up as an email subscriber to the blog using the Subscribe in a reader link on the right panel of this page. And make sure you click the "Get Reformed Baptist Blog delivered by email" option. Current email subscribers are already in the running.
Written by Keith Throop 1 comment:

In case some of our readers missed it, last month Brandon Adams (author of the Contrast blog) interviewed our own Jeff Johnson about his book The Fatal Flaw of the Theology Behind Infant Baptism. The interview was posted as a podcast in two parts at the Confessing Baptist website:

You will want to listen to this intriguing discussion about the nature and importance of Reformed Baptist Covenant Theology with a man who is quickly becoming one of the leading Reformed Baptist theologians of our day.
Written by Keith Throop No comments:


Can chaplains committed to historic biblical Christianity serve in the United States military? That question, though inconceivable to our nation’s founders, is now front and center. And the answer to that question will answer another, even more important question: Can religious liberty survive under America’s new moral order?

The repeal of the military’s “Don’t Ask, Don’t Tell” policy, coupled with the Supreme Court’s ruling that the Defense of Marriage Act is unconstitutional, set the stage for this crisis. The full normalization of same-sex relationships within the U.S. military is part of the unprecedented moral revolution that is now reshaping American culture at virtually every level.

The crisis in the chaplaincy arrived with these developments. The presenting issue is clear: Can a chaplain committed to historic biblical Christianity remain in military service? Does the normalization of homosexuality require that all members of the military, including chaplains, join the moral revolution, even if doing so requires them to abandon their biblical convictions?

I highly recommend reading the rest of the article here. We need to pray for an open door for the Gospel in the U.S. military, and ask for God's guidance and protection for Christians who serve, whether as Chaplains or in some other capacity.
Written by Keith Throop No comments:

If you want to get a good introduction to Reformed Baptist theology, a good place to start is the 1689 Federalism website, which focuses on the Biblical basis for and the distinctiveness of Reformed Baptist Federalism, also known as Covenant Theology, as outlined in the the London Baptist Confession of Faith of 1689.

There you can watch a number of  helpful introductory videos that include:

The site also includes some helpful charts and a list of resources.
Written by Keith Throop No comments:

"What Is a Family Integrated Church?" by Shawn Mathis 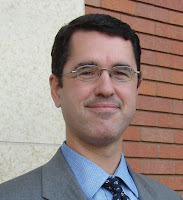 Earlier this year Shawn Mathis, pastor of Providence Presbyterian Church (OPC), Denver, Colorado, wrote an article entitled What Is a Family Integrated Church? The article has a subheading that reads "Rejecting activities which separate children from parents," and this immediately lets the reader know about one of the core principles at the center of the Family Integrated Church Movement (FICM). The article begins this way:


Is your Christian education based upon evolutionary and secular thinking? It is if your church practices the usual age-segregated Sunday school according to a new church movement.

The family-integrated church movement, primarily within the homeschooling community, is a self-conscious challenge to classic Christian nurture. It has already affected some Reformed churches. But what exactly is the movement and how does it measure up to the Word of God and church history?

Shawn seeks to answer this question in his critique of the FICM. And in my continuing endeavor to keep this blog's readers informed about the issues and debate surrounding the FICM, I recommend that you read Shawn's article in its entirety. As always, comments are welcomed here.
Written by Keith Throop 7 comments:

Although the blog's regular readers already know that I cannot agree with every point John makes when he criticizes his fellow Evangelicals in this area of doctrine (see here), I could not agree more with his assertions in this video.
Written by Keith Throop No comments:

Al Mohler on the Importance of Expository Preaching

Expository Preaching—The Antidote to Anemic Worship -- In this article Dr. Mohler rightly concludes that "The anemia of evangelical worship—all the music and energy aside—is directly attributable to the absence of genuine expository preaching. Such preaching would confront the congregation with nothing less than the living and active word of God. That confrontation will shape the congregation as the Holy Spirit accompanies the word, opens eyes, and applies that word to human hearts."

The Sheer Weightlessness of So Many Sermons—Why Expository Preaching Matters -- In this article Dr. Mohler offers this definition of expository preaching: "Expository preaching is that mode of Christian preaching that takes as its central purpose the presentation and application of the text of the Bible. All other issues and concerns are subordinated to the central task of presenting the biblical text. As the word of God, the text of Scripture has the right to establish both the substance and the structure of the sermon. Genuine exposition takes place when the preacher sets forth the meaning and message of the biblical text and makes clear how the word of God establishes the identity and worldview of the church as the people of God."

I highly recommend reading this series and then returning to the Scriptures to remember again what the Lord has to say about the importance of the faithful preaching of His Word. Perhaps a good starting point would be Paul's admonition to Timothy:

NKJ 2 Timothy 4:1-5 "I charge you therefore before God and the Lord Jesus Christ, who will judge the living and the dead at His appearing and His kingdom: 2 Preach the word! Be ready in season and out of season. Convince, rebuke, exhort, with all longsuffering and teaching. 3 For the time will come when they will not endure sound doctrine, but according to their own desires, because they have itching ears, they will heap up for themselves teachers; 4 and they will turn their ears away from the truth, and be turned aside to fables. 5 But you be watchful in all things, endure afflictions, do the work of an evangelist, fulfill your ministry."

The Kingdom of God: A Baptist Expression of Biblical & Covenant Theology by Jeff Johnson 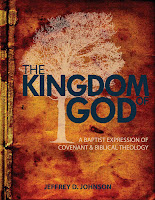 The blog's readers may well remember that I once recommended Jeff Johnson's book The Fatal Flaw of the Theology Behind Infant Baptism as the best I have read on the subject. I also described it as a very helpful book in understanding Covenant Theology from a Reformed Baptist perspective.
Now, however, Jeff Johnson has written a book that is soon to be published and that is devoted entirely to an explanation of Covenant Theology from a distinctively Reformed Baptist perspective. Here is the information about the book:

Is there a central plot to the Bible? And if so, why is the Bible divided into two different testaments? Moreover, how do these two testaments relate to each other? No doubt, it can be overwhelming to traverse the various covenants of the Bible. And it can be difficult to understand the unity and diversity of the Old and New Testaments. The Kingdom of God: A Baptist Expression of Biblical & Covenant Theology explains why the maze of the Old and New Testaments cannot be properly navigated or understood without a knowledge of the dual (law and gospel) nature of the Abrahamic Covenant. For the law of the Old Covenant and the grace of the New Covenant flow out of the Abrahamic Covenant and are wonderfully reunited in the gospel of Jesus Christ. In other words, out of the earlier dichotomy comes the later unity of the gospel message.

Here is a preview of the contents of the book:

THE KINGDOM OF GOD & BIBLICAL THEOLOGY

Here is what one respected Reformed Baptist scholar has to say about the book:

“On the many books that exist on covenant theology, rare are those that are accessible to neophytes while at the same time instructing the well read student on the subject. This one does both. If Jeffrey Johnson’s first book, The Fatal Flaw, explained what Baptist covenant theology is not, The Kingdom of God explains what it is. In my view, the most important contribution of this work is to bring us the history of salvation through all the biblical covenants in a Reformed Baptist perspective. The deeper treatment that Jeffrey Johnson gives to the Abrahamic Covenant in this work is one of the clearest statements I have read. After you finish reading it, you will have a clearer view of the big picture of the kingdom of God.”

Pascal Denault
Author of The Distinctiveness of Baptist Covenant Theology

I am told the book hopefully will be available by December. If you want to be on the email list to be one of the first to hear when the book is ready, you can sign up at the 1689 Federalism website here.
Personally, I can't wait to read this book, and I hope all the blog's readers will want to read it as well. Stay tuned for more information in the coming weeks and months.
Written by Keith Throop 7 comments: