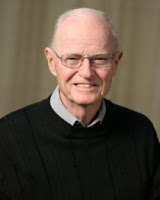 I just read an article by Robertson McQuilkin in the spring edition of Connection, the magazine of Columbia International University, where I was privileged to go to college. The article was entitled "The Controversy at Lausanne III," and in it McQuilkin reported on the debate that was occasioned by a simple, Scriptural statement made by John Piper. Speaking at The Third Lausanne Congress on World Evangelization back in October 2010, Piper had stated that, "As believers, we are concerned about all human suffering, especially eternal suffering." That was the statement that caused such trouble for so many.


Such a simple statement -- how could anyone object? Yet many at Lausanne III objected. In fact, from the dozens of sermons at the conference, this one sentence in John piper's presentation proved a lighting rod. Many quoted it to me with delight; but from Italy to England, to Bangladesh to America, I received feedback from representatives who went home incensed by the statement.

I wasn't surprised that the battle raged. Why? I had read a position paper prepared for the conference by high-level evangelical leaders. They rejected the church's historic position of giving priority to the evangelistic purpose of missions, so cogently expressed in Piper's simple statement. But my apprehension was raised a notch by the cover story of December's "Christianity Today" magazine -- "Jesus vs. Paul." The thesis was that a great battle rages in evangelical circles over whether the mission of the church is primarily to follow Jesus who cared for the sick, the poor, the oppressed, or whether we should primarily follow Paul with the gospel of justification, of extending the hope of eternal salvation.

We of course recognize a false choice here, don't we? And a misunderstanding of the teaching of both Paul and Jesus lies at the heart of it. I am sure McQuilkin would agree with me on this point, but he was most interested in the fact that something like the old "social gospel" appears to be making a comeback. He went on to say:


So I was apprehensive about the outcome of Lausanne III. Imagine my delight to find, in the consensus documents emerging from the Congress, a reaffirmation of the historic position of the church that gives priority to the evangelistic mandate. But a very large minority of attendees waged war against this position in favor of giving equal emphasis or even priority to the social or cultural responsibilities of the church.

Yet there's a deeper reason for my apprehension. I've lived through this before. The great mission convention in Edinburgh in 1910, of which Lausanne III was commemorative, is noted for its reinforcement of the dynamic Student Volunteer Movement whose motto was "the evangelization of the world in this generation." But historically, Edinburgh's greatest achievement proved to be the launching of the ecumenical movement that dominated church life for most of the century. In my youth I watched as the mainline churches shifted their emphasis to what has become known as the "social gospel." And I watched the decline toward oblivion of the once-vibrant missionary enterprise. In fact, that is when the "evangelical" movement was born, in objection to a church that was fast losing its evangelistic commitment.

I share McQuilkin's apprehension about the issue, and I am concerned that there is a rising Scriptural and theological ignorance at the heart of it. There is also a dearth of solid, expository Bible teaching in the pulpits across our land that helps to create the environment in which such errors more easily take root. And we must be clear in saying that the false choice set up by this debate is built upon a great error in understanding and applying the Bible's teaching. McQuilkin's own view gets it right, though, as when he concludes his article with these words:


Should the church strive to save people from temporal loss? Yes, always. But the priority must ever be on saving from eternal loss.

So which view will win out? Will history repeat itself? Perhaps that depends on our commitment. Our fortitude.

If you would like to hear Robertson McQuilkin speak at some length on the issue, I recommend listening to his message entitled Priorities in Great Commission Living.
Written by Keith Throop No comments:

e-Sword Has Been Updated to Version 9.9

e-Sword, what I recommend as the best free Bible study software program, has been updated to version 9.9.0. Here is the description of the update from the e-Sword website:


All of the Search dialogs have been completely redesigned! The layout, functionality, and results are greatly enhanced, providing even more information for study.

The Parallel Bible will now support up to 8 translations for comparison.

The Graphics Viewer was adjusted to work under CrossOver in MAC and LINUX installations.

If you haven't already tried e-Sword, I suggest you check it out.
Written by Keith Throop No comments:

Last month James White posted two videos on his YouTube channel that deal with some of the more disturbing tendencies and teachings of Rob Bell. The first was posted on March 5 and the second was posted on March 31. I offer both of them here for your edification.

In this second video Dr. White mentions a particular review by Kevin DeYoung of Bell's book Love Wins. I believe it is this one: God Is Still Holy and What You Learned in Sunday School Is Still True: A Review of “Love Wins”.

If Dr. White offers any other videos addressing the deceptive and heretical teaching of Rob Bell, I will update this post to include them. If I happen to miss any of them, please post a comment here to let me know.
Written by Keith Throop No comments: 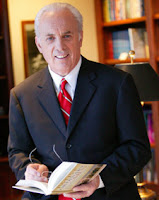 Yesterday John MacArthur posted the first in a series of articles that will address the teaching of controversial emergent church pastor Rob Bell. The first post is entitled Rob Bell: a Brother to Embrace, or a Wolf to Avoid? In it MacArthur introduces the projected series by explaining the need for it and the Biblical approach that will be taken in it. Here is the first part of the post

It's a fair—and necessary—question. Christ’s famous warning about wolves in sheep’s clothing is given to us as an imperative: “Beware of the false prophets, who come to you in sheep's clothing, but inwardly are ravenous wolves. You will know them by their fruits” (Matthew 7:15-16). Our Lord clearly expects His true disciples to be able to spot spiritual imposters and wolves in sheep’s clothing—especially those who are purveyors of deadly false doctrines.

Rob Bell certainly fits that category. He relentlessly casts doubt on the authority and reliability of Scripture. He denies the Bible’s perspicuity, disavows its hard truths, and ridicules some of the most important features of the gospel.

Granted, Bell (who was raised in the evangelical movement and is an alumnus of Wheaton College) still insists on calling himself “evangelical.” He reiterated that claim recently in a March 14 interview with Lisa Miller, where he stated, “Do I think that I’m evangelical and orthodox to the bone? Yes.”

A careful examination of Bell’s teaching suggests, however, that his profession of faith is not credible. His claim that he is “evangelical and orthodox to the bone” is, to put it bluntly, a lie. Bell’s teaching gives no evidence of any real evangelical conviction. If “each tree is known by its own fruit” (Luke 6:44), we cannot blithely embrace Rob Bell as a “brother” just because he says he wants to be accepted as an evangelical.

You may read the rest here. I will update this post as MacArthur adds to the series, collecting the links for each article here for your convenience. I continue to be thankful for the way the Lord has used MacArthur's ministry over the years to help the rest of us stand up against false doctrine.

The second article by John MacArthur analyzing the teaching of Rob Bell is entitled Rob Bell: “Evangelical and orthodox to the bone?” Hardly.

The third article by John MacArthur analyzing the teaching of Rob Bell is entitled Rob Bell's Unbelief in His Own Words.

The fourth article by John MacArthur analyzing the teaching of Rob Bell is entitled Bell’s Inferno.