A Portrait of God by Daniel Chamberlin 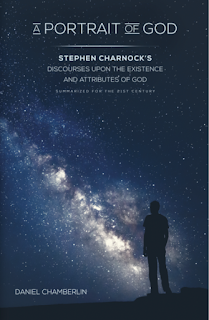 Daniel Chamberlin's book A Portrait of God is now available at Free Grace Press. Here is the description of the book on the website:


Stephen Charnock's Discourses Upon the Existence and Attributes of God is a classic, but is over 500 pages. Daniel Chamberlin has done the church a service by summarizing the essential thoughts of Charnock on the doctrine of God for the 21st Century reader.

This is a great tool for groups to work through together, as each chapter is nicely divided up into bit size portions.

Jeff has highly recommended it to me, and I look forward to reading it myself. Please let us know what you think here at the Reformed Baptist Blog after you've had a chance to read it yourselves. If you are interested in digging deeper into Charnock's work, you can get the free eBook of his Discourses Upon the Existence and Attributes of God here. I think you will quickly appreciate why an introductory, summary work such as A Portrait of God can be so helpful, especially if you are trying to acquaint others with such theology.
Written by Keith Throop No comments: 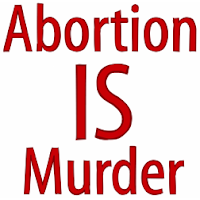 I am planning to attend a fundraising dinner tonight for the Pregnancy Resource Center here in Bloomington-Normal, Illinois, an organization that has been used of God to bring many to salvation through Jesus Christ our Lord and to save the lives of many unborn children as well. As I was thinking about the issue of abortion again -- an issue I have taken to praying about every day -- I was also doing some extra reading on the subject and ran across an article by Randy Alcorn at the Ligonier website entitled Abortion. In the article Randy does an excellent, succinct job of explaining the Scriptural view that abortion is indeed murder. Here is the first part of the article:


Some “pro-choice” advocates claim to base their beliefs on the Bible. They maintain that Scripture does not prohibit abortion. They are wrong. The Bible does, in fact, emphatically prohibit the killing of innocent people (Ex. 20:13) and clearly considers the unborn to be human beings worthy of protection (21:22–25).

Job graphically described the way God created him before he was born (Job 10:8–12). That which was in his mother’s womb was not something that might become Job, but someone who was Job—the same man, only younger. To the prophet Isaiah, God says, “Thus says the Lord who made you, who formed you from the womb and will help you” (Isa. 44:2). What each person is, not merely what he might become, was present in his mother’s womb.

Psalm 139:13–16 paints a vivid picture of God’s intimate involvement with a preborn person. God created David’s “inward parts” not at birth, but before birth. David says to his Creator, “You knitted me together in my mother’s womb” (v. 13). Each person, regardless of his parentage or handicap, has not been manufactured on a cosmic assembly line, but personally formed by God. All the days of his life are planned out by God before any come to be (v. 16).

Meredith Kline observes: “The most significant thing about abortion legislation in Biblical law is that there is none. It was so unthinkable that an Israelite woman should desire an abortion that there was no need to mention this offense in the criminal code.” All that was necessary to prohibit an abortion was the command, “You shall not murder” (Ex. 20:13). Every Israelite knew that the preborn child was a child. So do we, if we are honest. We all know a pregnant woman is “carrying a child.”

Please consider taking a few minutes to read the rest of this article, and please prayerfully consider what you may do to help stop abortion in any way that you can.
Written by Keith Throop No comments: 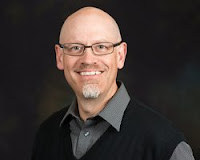 Many of you may be familiar with my own challenges to the teaching of Andy Stanley in a previous blog post entitled Is Andy Stanley Ashamed of the Bible? In that post I offered a critique of three of Andy's sermons and demonstrated how his disdain for expository preaching derives from a different view of Scripture. In fact, I have come to believe that Andy has departed from the orthodox faith in regard to the authority and sufficiency of Scripture, and his more recent assertions have only reinforced this belief. In light of these more recent assertions and teaching, then, I would recommend reading my previous post if you have not already done so, for in it I challenge many of the very kinds of things he has been continuing to say. But I would also like to recommend listening to the critique offered by James White (pictured right), which is contained in the videos below, as well as reading some recent articles over at the Pulpit & Pen blog, which are linked at the bottom of this post.

In order to set the table, many of you may already be familiar with Andy's recent comments made in an interview with Russell Moore. Here is the video containing the relevant comments:

In the Dividing Line video below, at about the 30 minute mark, James White begins to discuss Andy's statements. He challenges Andy's assertions in the interview, as well and some other statements made by him on his church's website. He also does a very good job of working through 1 Corinthians 1 and demonstrating the difference between Andy's perspective and that of the Apostle Paul.

In the next video below, James responds to Andy's sermon entitled The Bible Told Me So, the third part of a series entitled "Who Needs God," in which Andy continues to make the same kind of silly argument I had challenged in the sermons I had previously critiqued. Here is the description of the episode from the Dividing Line website:


There were three major topics on the DL today (after the opening discussion of some urgent situations where the people of God need to bring certain issues before the throne of grace): first, an article published today on Revelation 16:5 and the Textus Receptus; then, a rather lengthy review of Andy Stanley’s sermon from Sunday on the Bible and Christianity. About 2/3 of the way through we were joined by Dr. Tony Costa on the phone, but we pressed on and finished the sermon, commenting as we went along.  And then in the last half hour or so Tony and I discussed the double standards so often used by Islamic apologists. Two and a half hours long! Have the days of hour long Dividing Lines ended? Tune in next week to find out!

As you can see, James had as hard a time being brief in his critique of Andy as I did! But it is well worth listening to the entire critique, which begins at about the 41:30 mark.

James does a good job of pointing out the theological issues with Andy, not to mention the fact that he simply doesn't know what he is talking about in much of what he says (unless he is deliberately distorting the most basic facts of Church history). At any rate, we need to warn our brothers and sisters in Christ about the real danger of ignorant, liberal, unorthodox teachers like Andy Stanley, and I appreciate James so ably helping us in this regard.

I also appreciate the efforts of Bud Ahlheim over at the Pulpit & Pen blog, who has written a series of recent posts about these issues:


SBC Conference: “Get The Spotlight Off The Bible” (Courtesy of Russell Moore & Andy Stanley)

Andy Stanley: You’re Not Smart Enough If You’re Not In “One of Our Churches” (Doubling Down on Unnecessary Scripture)

Although I would have stated a few things a bit differently, I certainly agree with Bud's conclusions regarding Andy's view of Scripture and the Church. As always, we welcome your comments.
Written by Keith Throop No comments:

2016 "What is a Reformed Baptist?" Poll September Update 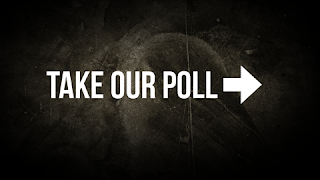 Eight months ago we began a poll on the blog. If you identify yourself as a Reformed Baptist and you haven't already taken part in the poll, please check out the "What is a Reformed Baptist?" Poll on the right sidebar on this page (the red box with white type). The intention is to run the poll for one year with an interest in how the Reformed Baptist community might answer this question. I have given four options for answers that I think basically sum up the various groups or individuals that I have found to be using the term. Here are the four possible answers:

To regard oneself as a Reformed Baptist, one must ...

For those interested, here are the results thus far:

13% say that one must adhere at a minimum to a Calvinistic soteriology in order to be regarded a Reformed Baptist.

25% say that one must adhere at a minimum to a Calvinistic soteriology and to Covenant Theology in order to be regarded a Reformed Baptist.

43% say that one must adhere substantially to the Baptist Confession of 1689 (e.g. modify regarding Impassibility) in order to be regarded a Reformed Baptist.

19% say that one must adhere strictly to the Baptist Confession of 1689 in order to be regarded a Reformed Baptist.

Again, if you haven't yet taken part in the poll, please do so. You may read more about the poll here in order to understand better why it is phrased as it is.
Written by Keith Throop No comments: