Giving Uncle Sam His Due 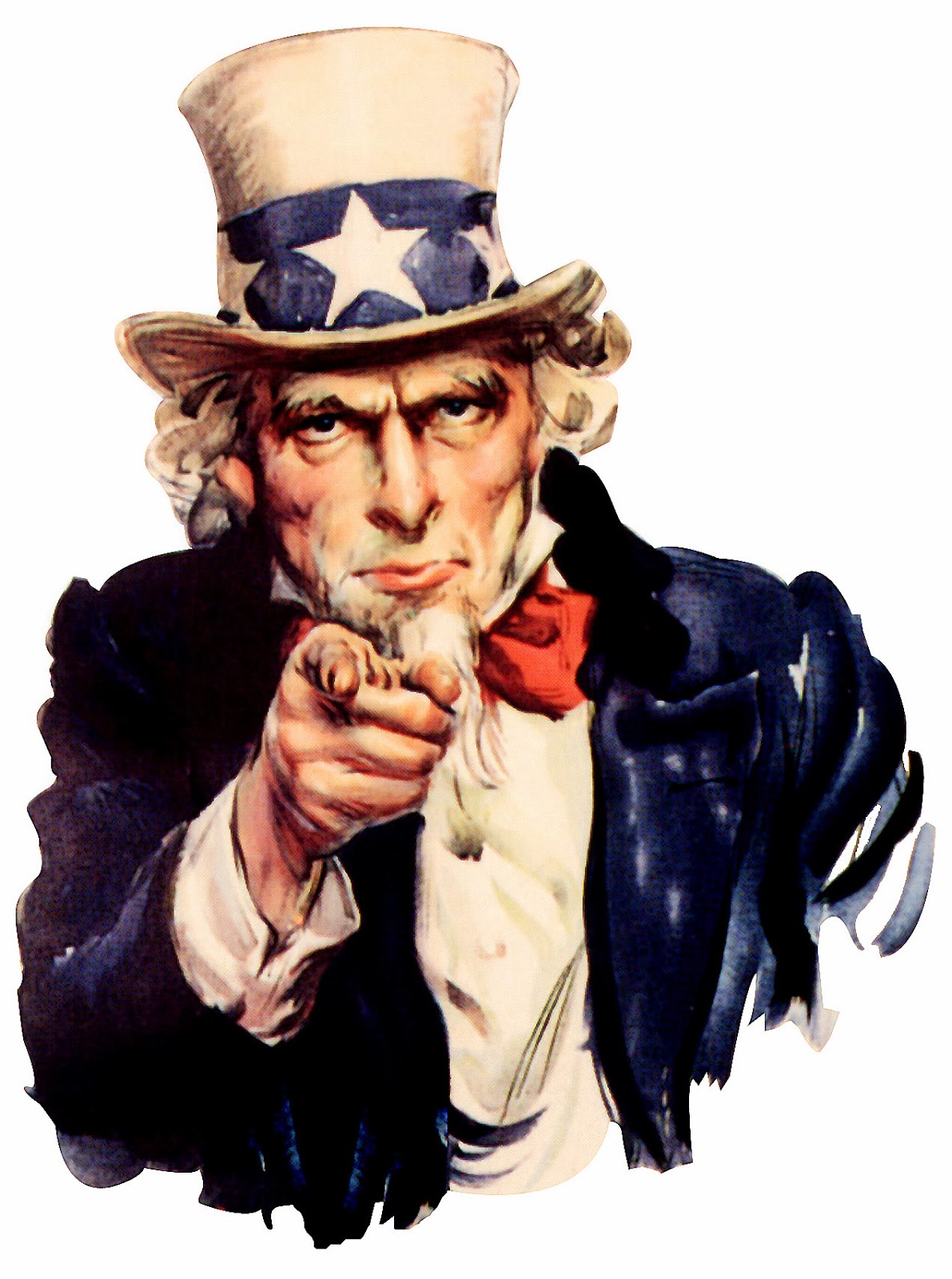 Would it not be nice if it really were a sin to pay taxes? I get discouraged, very discouraged, when I think that a third of my paycheck goes to Uncle Sam. Nevertheless, the Bible says something along the lines as, “render to Uncle Sam what is Uncle Sam’s.” So paying taxes, sadly, is not a sin but a divine mandate. Yet, when the Lord tells us, “Render therefore unto Caesar the things which are Caesar's; and unto God the things that are God's” (Matt. 22:21), we are not only given instructions on paying taxes, but more importantly, we are given a helpful key in understanding our relationship with the culture and secular governments.

The relationship that we, as believers, have with culture has been and will continue to be debated until heaven and earth are united with the world filled with only righteousness. Until then, the debate will continue. For instance, Richard Niebuhr (in his book, Christ and Culture) suggests that there are four overarching answers to this question: 1. Christ against culture, 2. Christ of culture, 3. Christ above culture, and 4. Christ and culture in paradox. What is the relationship between the secular and the sacred? That is, what is the relationship between the kingdom of this world and the kingdom of God? Using broad brushstrokes, I agree with Niebuhr that there seems to be four different answers that are given by four different types of Christians.

First, we have the strict legalistic and fundamentalist type. These professing Christians tend to believe that there is no link between that which is holy and that which is unholy. The secular and sacred, if you would, have little to nothing in common, for what does light have to do with darkness? This group is prone to isolate themselves in a bunker and create all kinds additional regulations (don’t taste, don’t touch, etc.) to help safeguard themselves from contact with the world. Rejection of the culture and boycotting things made in China is the safest way to remain holy in an unholy world. For them the culture and governments of the world are like a sinking ship that is beyond repair. Why spend time and energy polishing the brass railings (e.g., seeking to improve the culture), when we know that the ship is ultimately doomed to sink into the eternal abyss?

Second, there is the more liberal and “emergent” group who believes that the ultimate goal of the church is to redeem the culture. For them, the kingdom of God is culture restoration. Thus, they are more concerned about social justice, being culturally relevant, and going “green” than they are about preaching the gospel to a fallen world. With this in mind, it is just as important, if not more important, to be culturally sensitive (getting inked, attending a few political rallies, and planting a few trees) than it is to articulate a clear gospel. This is because they believe that mankind is basically good; with a little religious assistance, man can reach his full potential. Thus, as this group becomes more concerned about political justice and handing out hot bowls of soup, they inadvertently merge the sacred into the secular. Unlike the “legalistic Fundamentalists” who reject the culture, this group tends to reject the “sacred.” In the end, the ship is not sinking, for it is only in need of some minor repairs and a little refurbishing.

Third, we have the optimistic postmillennialists, who, due to their covenantal and eschatological beliefs, tend to minimize any secular and sacred distinctions. For this group, everything in the world (e.g., the sciences, the arts, governments, etc.) is to be holy unto the Lord. They are quick to quote Calvin and Kuyper who said in various ways that “every square inch of creation belongs to God.” The goal of the church, therefore, is to reclaim every square inch of this world for the glory of God. Through progressively spreading Christian values, the culture and governments will slowly be Christianized. Thus, preaching the gospel to sinners and culture renewal are both essential parts of the great commission. In other words, witnessing and voting are both sacred duties. In the end, that which is secular is to disappear with only the sacred remaining as the kingdoms of this world merge into the kingdom of God. In this case, the ship will remain afloat until it is sailing for the glory of God as Christ returns as its captain.

Currently, Christ’s kingdom is a spiritual kingdom that is invisible to those outside of faith. It is a spiritual kingdom that consists of spiritual warfare and spiritual weaponry. Though we currently are seated in the heavenly places with Christ Jesus, we yet remain upon the earth as ambassadors of Christ. Therefore, we belong to two different ages and two different kingdoms at the same time. We are citizens of heaven and we are residents of this world. Because of this, we have different responsibilities to each of these two kingdoms. Yes, we are to seek first the kingdom of God, but we should also not neglect our responsibilities as residents of the world. As believers, we should desire for our Christian values to have the greatest impact possible upon this present, evil age. We should take time to vote and pay our taxes. As musicians, welders, bakers, doctors and the like, we should practice our art and go about our jobs for the glory of God and for the good of our neighbors. In other words, although the ship is sinking, we still are called to do as much good as we can until the Lord comes back with a new and better ship.

It is with this theological backdrop – of Two Kingdom Theology – that I seek to answer these following questions.

1. What is the Christian's responsibility to secular governmental powers?

Two Kingdom theology is helpful in distinguishing the different responsibilities that the church and the individual believer have to the culture and secular governments. For the most part, the church (as a body) is the visible manifestation of the kingdom of God. Therefore, secular governments have no jurisdiction or right to interfere with the life, business, and affairs of the church. Secular governments and the church operate in two different spheres or jurisdictions. The church, likewise, should resist the temptation of becoming politically involved and giving the bulk of her attention and resources to social and political concerns. Saving the world and redeeming the culture is not the mission the church.

As individual Christians, on the other hand, we are responsible not only to be an evangelistic light to the world, but also for helping the poor and making a difference in society. This is because we are citizens of heaven and residents of this world. We operate within two different jurisdictions or spheres. And as residents of this world, we have an obligation to the cultural needs around us. Though the church should ovoid political activism, this does not mean that we do not have the right to promote a political party or cause. Moreover, we should take our rights and responsibilities to our culture and government seriously. We should vote, pay our taxes, submit to and honor our leaders, and even be willing, if necessary, to join the armed forces to protect the freedoms of our land.

2. Is there ever justification for civil disobedience?

Although we live in both kingdoms, we are not to give both kingdoms equal allegiance. Our eternal citizenship is in heaven, while our residency in this world is only temporary. When visiting a foreign country we are obligated to obey the laws of that land, but this does not mean that we are no longer American citizens and under her sovereignty. In the same way, we should submit to the laws of our earthly governments as long as those laws do not hinder us from submitting to the laws of God.

Moreover, though God has delegated His authority to different subordinate powers on earth, He has not given absolute power to any. Absolute power belongs to God alone. This means that when any subordinate authority ceases to submit to its authority, it ceases to have its own authority. That is, seeing that all authority is derived from God’s authority, no authority has the authority to go against God’s authority. Thus, it is only wise that our first allegiance be given to the King of kings and the Lord of lords. We should never fear man more than we fear God. Yes, we must obey all authorities that God has placed over us, but only with a clear conscious that is fully submitted to the rule of God. As Luther said, when pressured to disobey God, “it is neither right nor safe to go against conscious.”

A lot of civil disobedience stems from selfishness: ‘We don’t like to pay taxes,’ ‘we don’t like to be suppressed,’ and ‘we don’t like our leaders.’ However, Nero was a tyrant, and Paul never promoted civil disobedience or disturbance for any such political or social injustice. There are times when we must disobey the laws of the land, but only when those laws are contrary to the glory of God. When God’s glory is at stake, then we must follow the example of Daniel who openly disobeyed his king to follow God. Daniel was not motivated by self-interest, but motivated by a love for God. He was willing to disobey the king not to gain more civil and personal freedom, but rather he was willing to lose what civil liberties that he had for the sake of following God. In the end, we too must follow God no matter what it may cost us – even if it will cost us our lives. But if we disobey and suffer, let it be for righteousness sake.

4. Is the Christian required to give honor to government leaders with proven dishonorable characters? Do we separate the official function from personal character?

Yes and yes is the answer to both of these questions. To confirm this all we must do is look at who was the leader of the Roman Empire when Paul penned the thirteenth chapter of the book of Romans. No matter how awful and despicable Nero was, Paul instructed believers to submit and honor their King. This teaches us that there is a difference between an office of authority and the person holding that office. For instance, a police officer has authority not because of his ontological makeup (for he may be weaker and smaller than us), but because of his position as a law enforcer. In the same way, even if we do not approve of the character of our leaders, we are still to honor and obey them for the sake of their position. To do otherwise is to dishonor God – the One who has placed our leaders in authority.

For a couple of related articles see also:
The American Revolution: Was it Biblical?
A Memorial Day Reflection on Christian Patriotism
Written by Jeff Johnson