Is God Selfish to Seek Worship and to Act for His Own Glory? 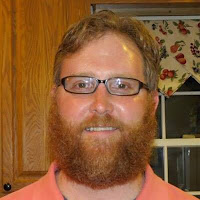 The following post was a Lord's Supper message given by Ben Murphy, with whom I am privileged to serve as an elder at Immanuel Baptist Church.

In 1998, during my first semester at Southeastern Baptist Theological Seminary, I was in a car accident and was taken from the scene of the accident to the hospital in an ambulance. While I was in the ambulance, I began to witness to the EMT that was taking care of me. After I had begun to share with him about the Lord, he said he believed in helping others, but that a God who wanted and required others to worship Him would be a selfish God. I was very surprised by this objection to Christianity. I had never heard something like this before. I cannot remember how I answered his objection at the time. I think I included in my answer that I enjoyed worshiping God and living for Him.

In 2010, Carrie and I attended Passion, a Christian conference for college students with several college students from our church, where we heard John Piper preach the sermon, Is Jesus an Egomaniac? In this sermon, Piper tackled similar objections to Christianity raised by Erik Reece, C.S. Lewis before his conversion, Michael Prowse, and Oprah Winfrey.

Piper rightly argues from Scripture that God is indeed God-centered, and that everything that God does including our salvation is for His own glory, but this does not make him egomaniacal or selfish because God is most glorified in showing His grace toward us, and because we find the completion of our joy in praising Him.

Although I agree with Piper's sermon and his conclusion that it is good and right for God to be God-centered and that we benefit from His God-centeredness, my intention today is not to repeat what he has already said but to answer the objection differently. Yes, it is right for God to be God-centered and to seek His own glory because, as Piper says, the apex or highest point of His glory is His grace and the apex or highest point of our joy is praise. But there is another reason that God's God-centeredness and desire that others love Him first and worship Him is not egomaniacal or selfish. God is unique in the sense that He is triune, and, therefore, when He acts for His own glory, He is also acting for the glory of another.

The Father acts for the glory of the Son, and the Son acts for the glory of the Father. Consider Philippians 2:9-11, "Therefore God [the Father] also has highly exalted Him [Jesus, who is God the Son] and given Him the name which is above every name, that at the name of Jesus every knee should bow, of those in heaven, and of those on earth, and of those under the earth, and that every tongue should confess that Jesus Christ is Lord, to the glory of God the Father.” God the Father seeks His own glory through the glory of God the Son--Jesus. He exalts Jesus and gives him the name above every name so that Jesus will be worshiped. Jesus, who said in Matthew 10:37, "He who loves father or mother more than Me is not worthy of Me. And he who loves son or daughter more than Me is not worthy of Me" is bringing glory to God the father when men worship Him and love Him more than their father or mother or son or daughter because Jesus is the image of the Father (Hebrews 1:3), and the Father is glorified through the exaltation and glorification of the Son. Remember, Jesus said in John 14:9, "He who has seen me has seen the Father."

John 10:15-18 says, "As the Father knows Me, even so I know the Father; and I lay down my life for the sheep. And other sheep I have which are not of this fold; them also I must bring, and they will hear My voice; and there will be one flock and one shepherd. Therefore My Father loves Me, because I lay down My life that I may take it again. No one takes it from Me, but I lay it down, and I have power to take it again. This command I have received from My Father."

Now let's examine John 17:1-5. "Jesus spoke these words, lifted up His eyes to heaven, and said: 'Father, the hour has come. Glorify Your Son, that Your Son also may glorify You, as You have given Him authority over all flesh, that He should give eternal life to as many as You have given Him. And this is eternal life, that they may know You, the only true God, and Jesus Christ whom You have sent. I have glorified You on the earth. I have finished the work which You have given Me to do. And now, O Father, glorify Me together with Yourself, with the glory which I had with You before the world was."