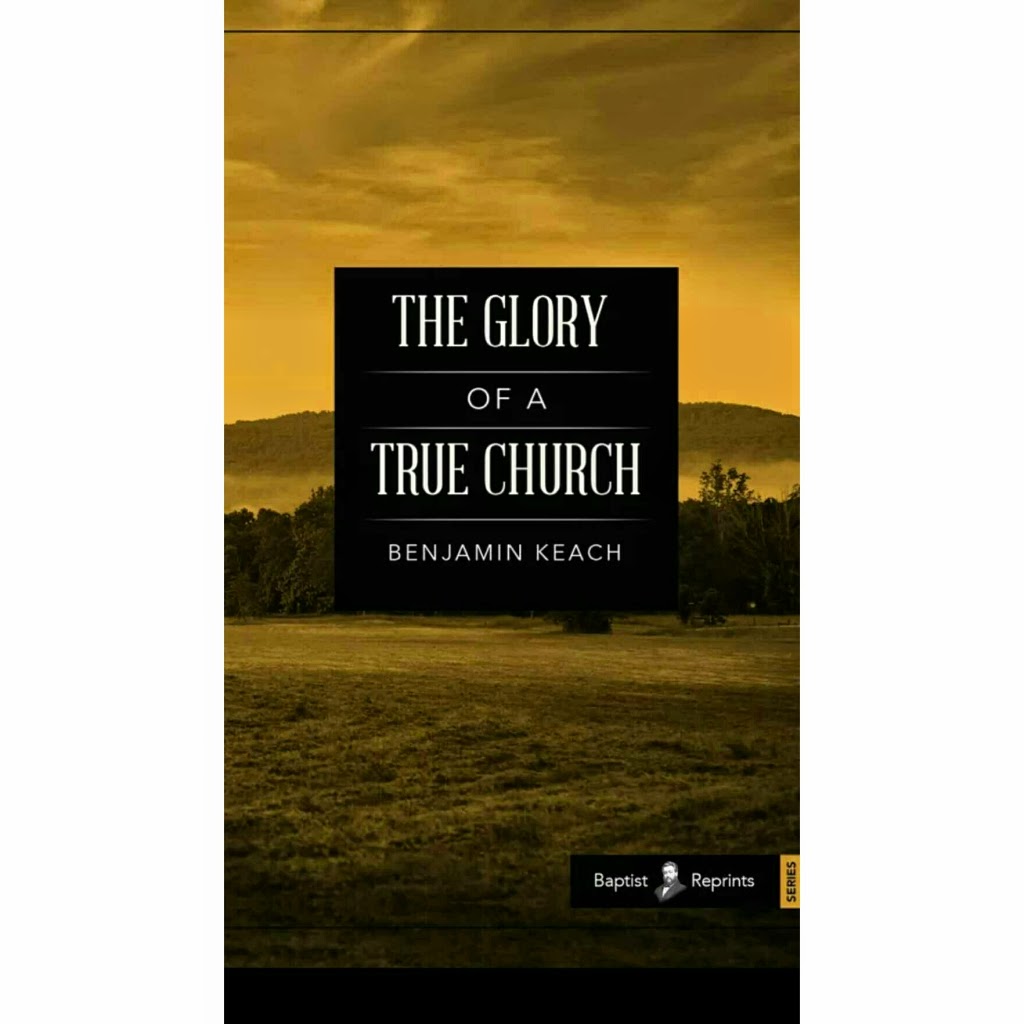 Free Grace Press (FGP) has begun to reprint important books from past Baptists. These books have been specially selected for their importance for Baptist history as well as their helpfulness for the church today. They are of special interest to Reformed Baptists. FGP has recently released the second in this Baptist Reprints series. The book is called The Glory of a True Church by Benjamin Keach. Here is a portion of the description from the website:


Free Grace Press has had the privilege of adding another book to our Baptist Reprints set: The Glory of a True Church by Benjamin Keach. This book was last printed in the early 1880’s.

Benjamin Keach was one of the best and most well-known Baptist, Puritan theologians of the 1600s. He was instrumental in introducing hymns into the church’s worship, and also was one of the framers of the 1689 London Baptist Confession. He also had a profound love for the church.

He began preaching at 18, and pastoring at 28 and his ministry was tremendously blessed by God with growth in truth and defense against error. He was despised by the authorities of the Church of England and often persecuted for his faith. His church had to be added onto many times; and a little over 100 years after his death a preacher by the name of Charles Spurgeon took up the office of pastor there in his church.

This little book was written to be easily and readily available to all, even the poor. Many Congregationalists had written large books on the subject, but Keach was the first of the Baptists to put forth a book on church discipline; and he made it short in hopes that it would spark a Baptist discussion that would show the order and beauty of the Baptists in the midst of the Church of England’s persecution on them.

Though it is short, it is packed with practical examples on church discipline, and a contagious love for the church. You will find it very easy to read, and the book is sure to grow you in your love for Christ and his church, and to bring order to the church. 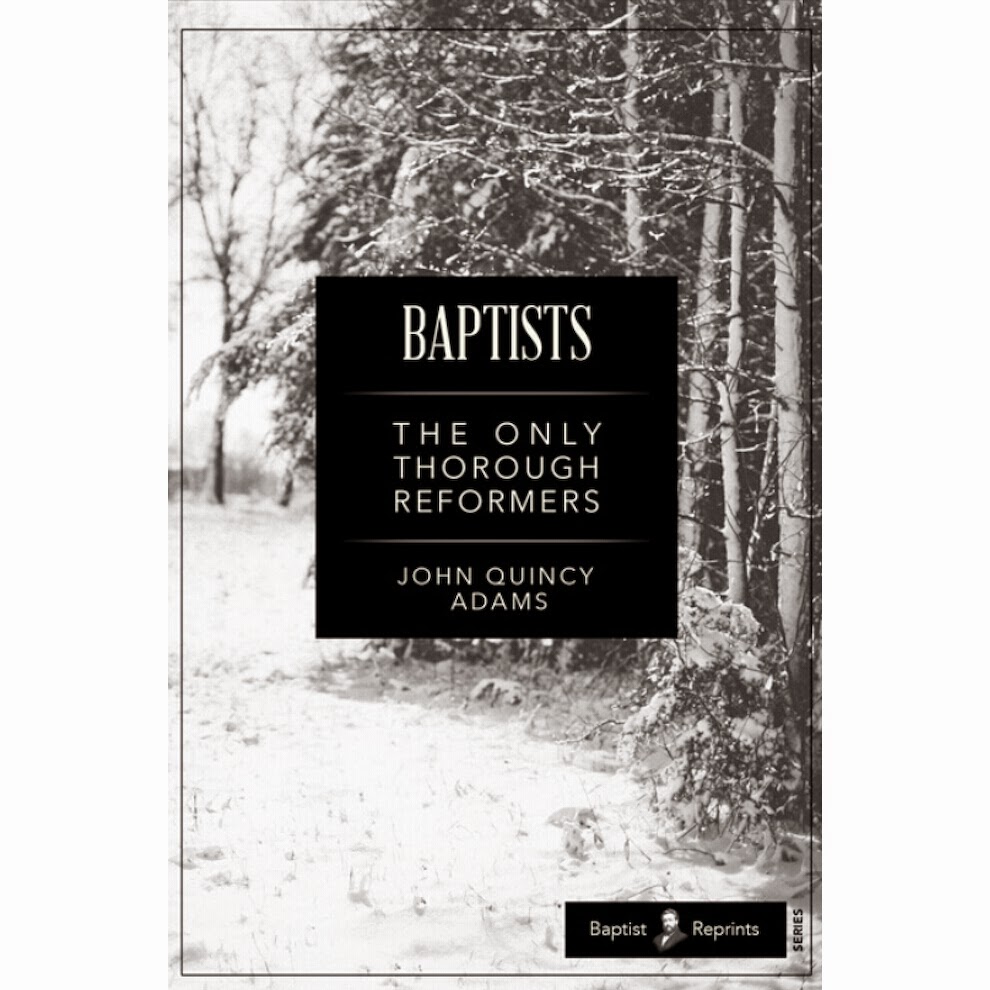 I would also recommend reading the first book in the Baptist Reprints series, which is Baptists: The Only Thorough Reformers by John Quincy Adams. Here is the description from the website:


What does it mean to be a Baptist? Though ideas abound, we must go to the one man for a sure answer, John Quincy Adams. For with unashamed boldness and clarity Adams articulates the fundamental distinctives of the Baptist Faith. These fundamentals include the importance of Sola Scriptura, believer’s baptism, the separation of the church and state, equality of the saints, and liberty of conscious. Even C. H. Spurgeon, calling it “the best Manual of Baptist Principles he had met,” included the text in his Pastor’s College curriculum. First published in 1858 and reprinted multiple times since, this work has become a classic tome upon Baptist principles.

In addition, you will find a great price on both of Jeff Johnson's outstanding books on Reformed Baptist Covenant Theology, namely The Fatal Flaw of the Theology Behind Infant Baptism (in my opinion, the best ever written by a Baptist on the subject) and The Kingdom of God.
Written by Keith Throop