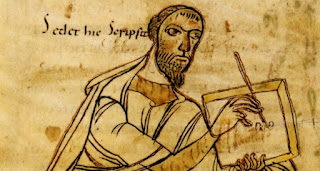 Over at the Canon Fodder blog -- which is quickly becoming one of my favorite blogs -- Michael Kruger has written an intriguing post entitled A Curious Clue About the Origins of the New Testament Canon, in which he highlights evidence from 2 Corinthians 3 regarding the concept of a canon of Scripture and the formation of the New Testament canon. Here is a portion of the post, which follows evidence from passages speaking of the Old Covenant as something that is written:


These passages indicate that covenants were largely conceived as something written or read; i.e., something in a book.  It is precisely for this reason that warnings were given not to change the text of the covenant (Deut 4:2), and there were concerns about it being in the proper physical location (Ex 25:16).

If so, then what shall we make of Paul’s statement in 2 Cor 3:6 that he and the other apostles are “ministers of a new covenant”?

Given Paul’s statement in 2 Cor 3:14 that we just noted, it would be natural to think that Paul has in mind a new set of written documents that testify to the terms of the covenantal arrangement in Christ.

As Carmignac argues, “In order to use the expression ‘Old Testament’ he [Paul] must also be aware of the existence of a ‘New Testament.’” Carmignac even goes further and suggests that this ‘New Testament’ may have had contained a number of books in order for it to be parallel with the Old.

The likelihood that Paul views the new covenant as having written documents increases when we make the simple observation that Paul is claiming for himself this distinctive covenantal authority within a written letter to the Corinthians. And scholars have observed how this very letter functions as a “covenant lawsuit”against the Corinthians.

I recommend reading the entire post. I also highly recommend Kruger's book Canon Revisited: Establishing the Origins and Authority of the New Testament Books, which is the best book I've read on the subject.
Written by Keith Throop